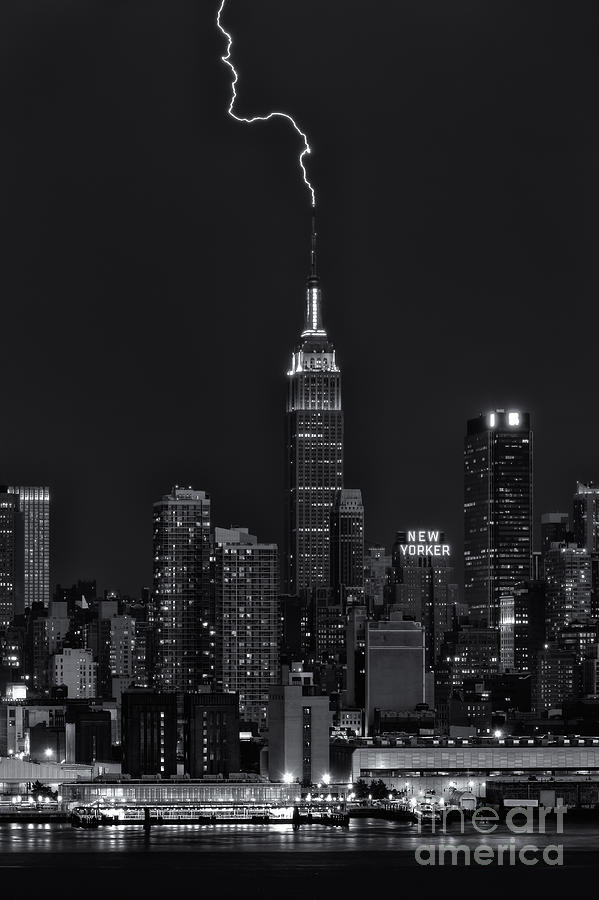 Lightning strikes the antenna on the top of the Empire State Building in New York City during a summer thunderstorm on Thursday, July 26, 2012. The Empire State Building, which is struck by lightning an average of just under 100 times annually, was illuminated in colors of various nations in celebration of the 2012 London Olympics.