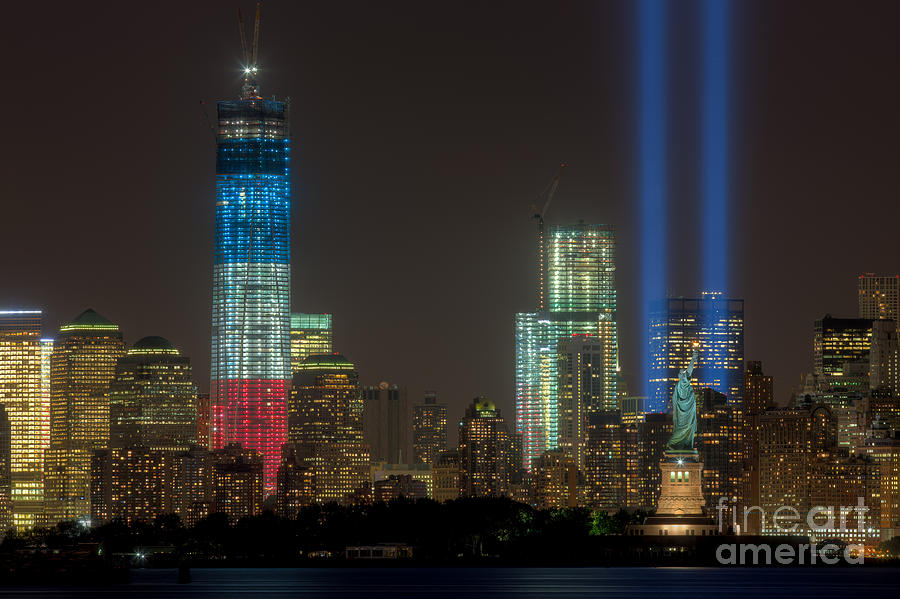 The twin beams of light of the Tribute in Light, an annual memorial to the events of September 11, 2001, shine into the night sky in New York City over the skyline of lower Manhattan on Tuesday, September 11, 2012.

This view of the skyline includes two symbols of freedom, the Statue of Liberty and the Freedom Tower (One World Trade Center), under construction at the site of the original Twin Towers. The Freedom Tower, lighted in the red, white, and blue colors of the American flag, is scheduled for completion in 2014.